After visiting Cape Spear, I came back to St-John’s to check in at my hostel.  I took the afternoon to drive around town and organize my stuff. First thing I knew, it was 8pm and time to get something to eat. I went to George St. and sat in a place called Sundance: if you see a waitress running (literally) around to make sure you have good service, her name is Victoria. I met other really cool local people with who I spent the rest of the night. It’s crazy how you can relate to people even when you are that far. Austin who was also an engineer previously worked with one of my friends from undergrad: Tony Schryer. We then all moved to another bar called Christian’s. There I had the opportunity to become an official Newfoundlander after being Screeched in. Not to unveil all the secrets, but let’s just say that it required us to kiss a fish at some point.

I did not feel 100% getting up at 8am the next morning. The three other guys sleeping in the hostel room got up, so did I. Not in great condition to grab the handlebars, I decided to walk up to Signal hill. Great landscape and cool exterior interpretation boards. I then packed up my stuff and left my hostel to go to the Geo Center. It was really well though of and I learned a lot about our planet. 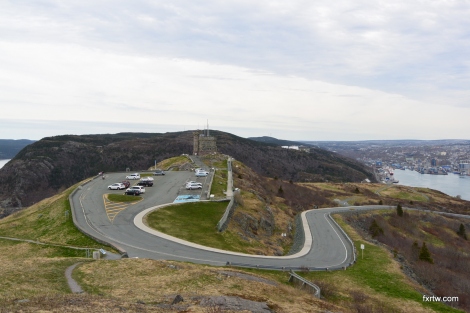 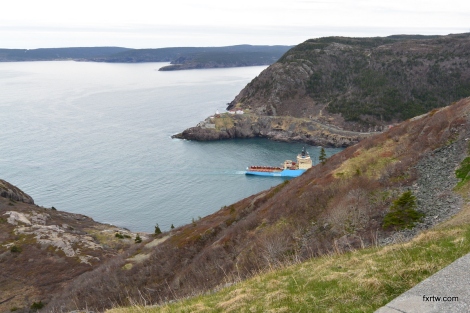 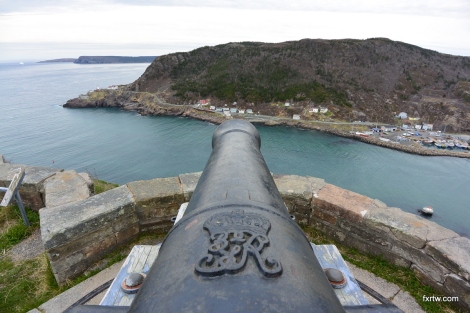 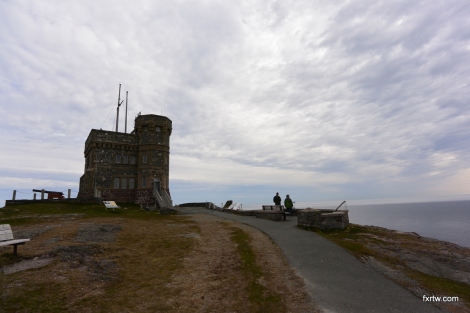 I hit the road around 2pm to go back towards Gros Morne national park. I did not have any plan about where to stay yet. A few hours later, I saw a sign for Bonavista and just heard about how many icebergs there were up there.  It was more than 100km away but I still decided to go out of my way for some floating ice blocks. Road up to there was scenic and the village was beautiful. Videos to come.

I had a crab sandwich in a small cafe on my way back. It was excellent and the owner Mary even signed my map for Newfoundland. 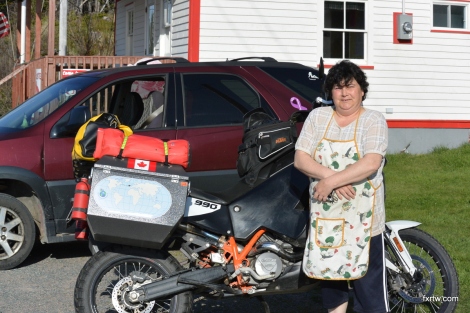 Left my campsite by 8am. Road up to Gros Morne was the same I did 2 days earlier but in the opposite direction. I was happy to get there…

I started by visiting the interpretation center and then took off to the Lookout Trail where I took the next pictures.

I then took the bike a few kilometers west where I did the Tablelands Trail. 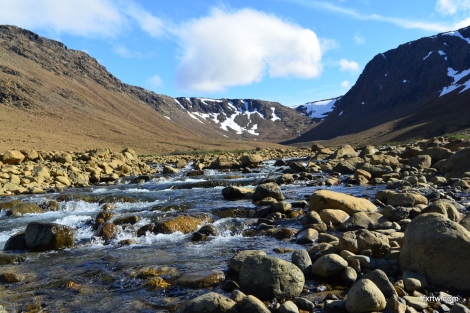 My day ended at the Lomond camp ground where I met a few really cool people.

Road up to Labrador ferry was easy and scenic. I crossed path with a moose that I saw more than 500m away so I could get my camera ready and get closer to take a good picture.  I arrived in St-Barbe at 11:30am and the ferry left port around 1pm. It took a little more than 90min to cross to Blanc-Sablon and we had to go through quite a bit of ice. In the bay of Blanc-Sablon, we were actually behind an icebreaker from the coast guard. 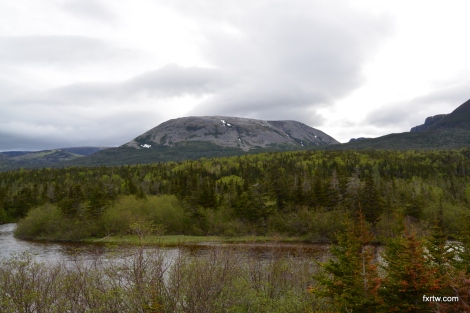 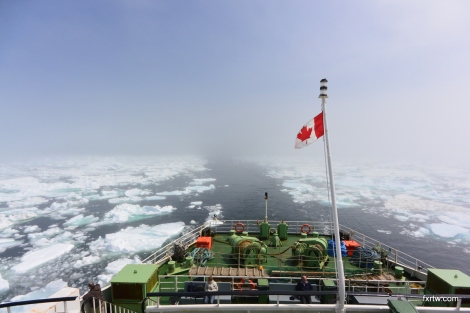 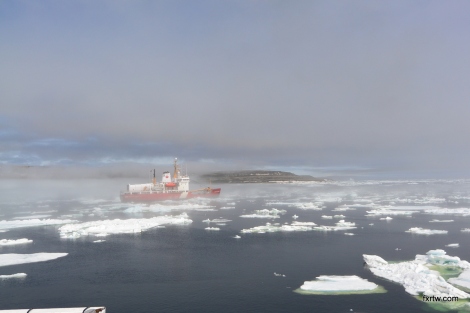 On the other side, you arrive in Quebec and if you are going north, you are in Labrador in less than 10 minutes. Ride to Red Bay was beautiful.

I took some time to visit the ancient whales business interpretation center and it was interesting to see all the artifacts they were able to recover from the bottom of the bay. 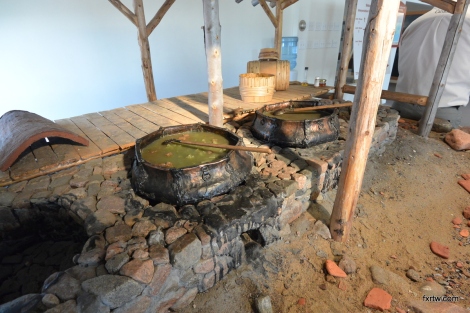 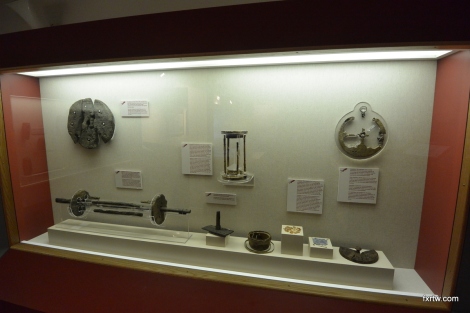 I then had dinner and started to make my way though the Labrador highway. I decided to head to St-Lewis for the night wishing to see some more icebergs… 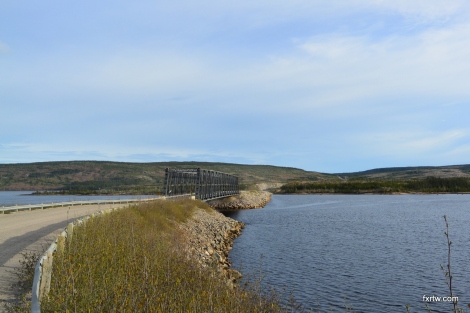 It was 3C out when I finished a great breakfast with my awesome host at Curl’s B&B. My bike wouldn’t start as I installed a lithium battery (I will think about a replacement). It started right up with some boosting amps. My map then got signed for Labrador and off I was to Goose Bay. I arrived 6 hours later; a bit cold as temperature stayed below 8C and I got soaked for about half the distance. 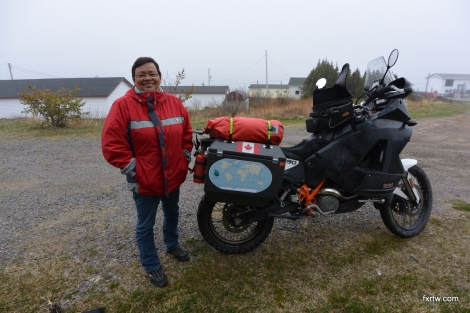 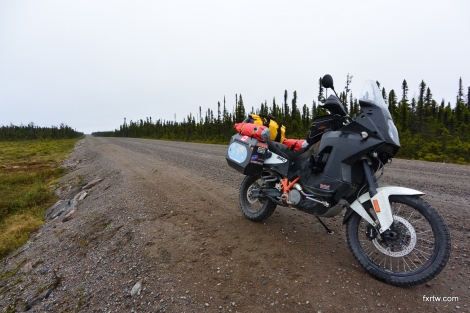 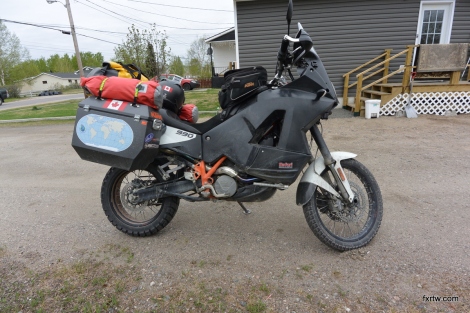 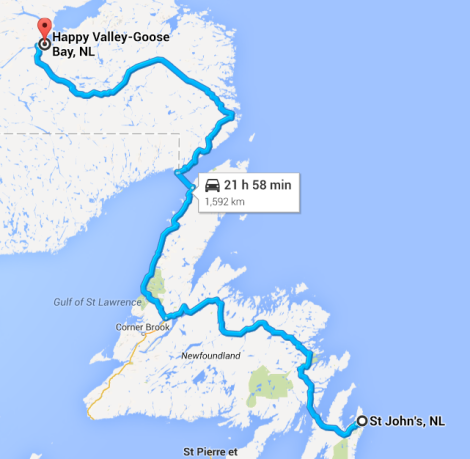